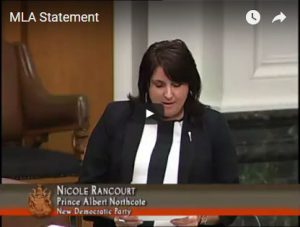 Riverside Public School recently partnered with Sask Culture, Sask Arts Board,
Government of Sask and Sask Lotteries to prepare a very special year end performance at the EA Rawlinson Center for the Arts.  MLA Nicole Rancourt recently spoke to the Legislative Assembly in congratulating the staff and students.

“The Riverside Aboriginal Arts Festival is a multidisciplinary arts festival hosted by Riverside Community public school in my constituency. Performances for the festival took place June 8th and 9th at the E.A. Rawlinson Centre for the Arts and the John V. Hicks Gallery. This event was sponsored by the Saskatchewan Arts Board.

The show at E.A. Rawlinson Centre for the Arts featured the Riverside Jigging Club as the main feature of the program where traditional dances were performed. The show also featured “O Canada” sung in Cree. The Riverside choir performed a number of pieces and students recited poetry and spoken-word pieces. The grand finale was a fusion of traditional Métis jigging and modern hip-hop dances.

The festival also featured an art exhibition at the John V. Hicks Gallery in downtown Prince Albert. The gallery contains work done by students throughout the school. Much of the artwork follows the theme of Aboriginal issues through time and they range from the concrete to the abstract. The students’ work was put on display June 1st and will run until June 23rd. “

“I ask that all members join with me in congratulating the staff and students at Riverside Community School who helped to make this year’s Aboriginal Arts Festival a success.” 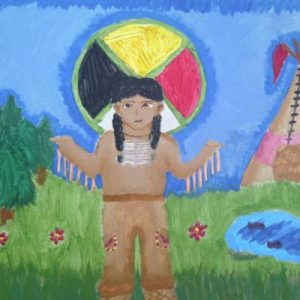 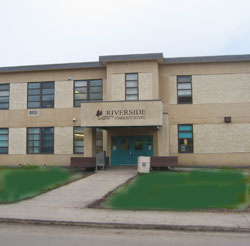